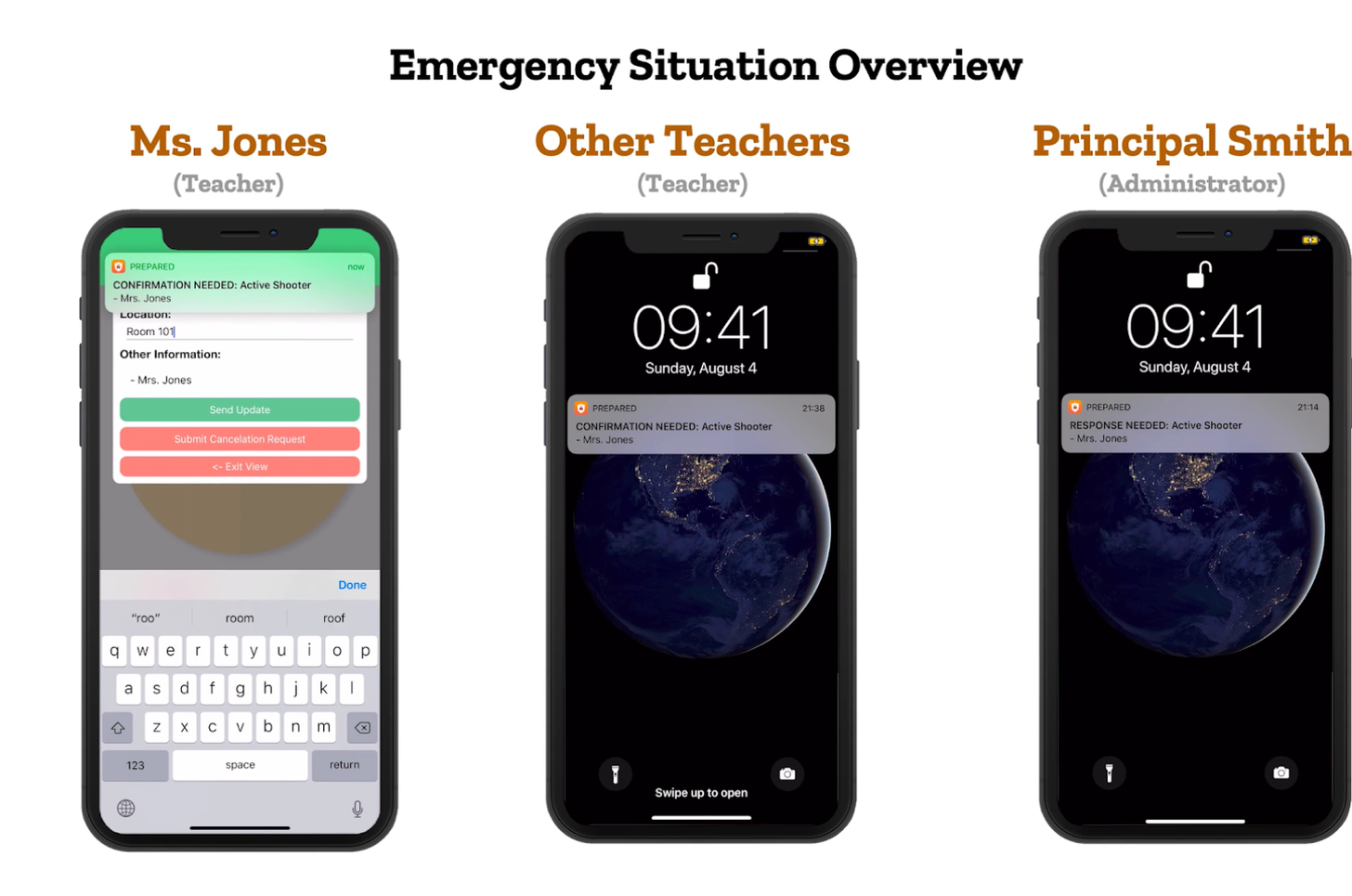 "Every second counts". Any educator in the US education system has heard this phrase during emergency preparedness training however, todays technology is significantly outdated to handle emergencies efficiently (think walkie talkies). Today's startup, Prepared, is preparing our education systems to take better care of their students — let's check them out!

By the end of 2019, there were over 417 mass shootings in the United States. Michael Chime, one of the co-founders of Prepared, actually experienced first-hand the impact of a school shooting. After the traumatic incident, he noted the antiquated systems in place which were ultimately incapable of providing quick support during these dire times. He knew there had to be a better solution.

Michael teamed up with two of his peers, Dylan Gleicher and Neal Soni to found Prepared, a one-tap mobile alert system that admin and faculty can use to instantly alert the campus on emergencies as well as 911 dispatchers. This solution is faster and easier to use than the existing solution — panicked walkie talkies, loud speaker announcements, franctic phone 911 calls.

Since inception, the team is already working with 150 schools, raised $1.8 million seed round, and has a fleshed out product that it has deployed to various organizations.

🔍 Get Involved with Prepared